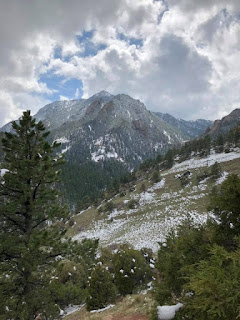 Earlier this month I participated in a small colloquium out in Boulder on “Liberty and the American Character,” featuring a mostly conservative group of scholars and thought leaders, many of them trained in political philosophy. Five of us presented papers — mine used ideas in American Nations, American Character and a forthcoming book on the struggle to create America’s first myth of national purpose to show why U.S. self-definition an especially fragile and vital project — and all fifteen discussed them. It offered a fascinating window into how conservative academics trained specifically in republican theory look upon the republic’s contemporary crisis.

This group — convened by Michigan State University’s Willam Allen and including Henry Olsen of the Ethics and Public Policy Center, New York University’s Lawrence Mead, Mark Lilla of Columbia University (and the New York Review of Books), and Colleen Sheehan of Villanova — sees a pressing threat to liberal democracy. For most, however, the threat that preoccupies them is that which identity politics presents to liberal education at universities. Without prodding — occasionally provided by yours truly — Trump and Trumpism played surprisingly little role in the conversations. When it came up, most voiced concerns, but the gravitational pull of the identity politics issue was too great to allow this the topic to ever achieve escape velocity. I personally found this fascinating and, on an intellectual level, extremely difficult to understand. (Even if you think Trumpism is a good thing, it’s clearly a topic for debate.)

Lawrence Mead, the intellectual force behind welfare reform of the 1990s, presented a shocking paper apparently based on his new book, which was released yesterday. The paper argued that people descended from “non-western” cultures are unfit for the rigors of American republican citizenship and undermine the nation’s vitality. This included African-Americans on the theory that — despite eight to twelve generations in this country and a legacy of slavery that included the intentional destruction of family units and associated cultural transmission — they retain African, “non-western” cultural characteristics. Ditto for Asians (despite doing better than whites in academic attainment), Latinos, and everyone else not descended from Europeans who, even if their people came from feudal Russia or Sicily, are apparently especially fit for the rigors of liberal democratic life. This paper was not well received. 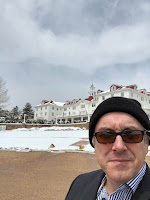 Most of the session on my paper stuck to the opening part on the American Nations paradigm, defining terms (nation, state, cultural transmission) and probing its relevance. The message of longstanding structural disunity seemed to dissatisfy some participants, particularly when applied to undercut things like the universal relevance of Tocqueville’s observations on (Yankee) municipal government or the legacy of Puritan values for the Founders. [Update, 9/12/19: Here’s a blog post I wrote in connection with my contribution.]

I had a few hours free one morning and drove through the Rockies, stopping at Estes Park to see The Stanley, the hotel that inspired Steven King to write The Shining (after a creepy 1974 stay in Room 217.) After this photo on Facebook, I leaned from fellow Mainers that the hotel was built by the Stanleys of my home county in western Maine, and used to entertain their friends from Kingfield, one of the four hamlets that made up my school district. See, I’ve always been the caretaker.