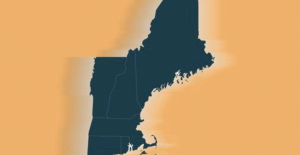 Back when American Nations came out in 2011, a lot of august experts dismissed the warning in the epilogue that if we were unable to form better compromises between the values of its regional cultures the U.S. federation could one day fall apart. A pandemic or a series of terrorist attacks or an effort to impose some conservative Christian form of sharia law might drive the country into a death spiral, it warned. We need to rebalance our democracy toward greater commitment to the common good, American Character advised a few years later, and rediscover our shared ideals in the Declaration, Union suggested.

Now we’re approaching the cliff’s edge and Americans need to wake up and realize what is at stake.

For this Sunday’s Boston Globe I wrote about what a disaster dissolution would be, turning North America into a stage for authoritarian great power competition and furthering the likelihood that liberal democracy will perish from the Earth. But if history is any guide, a New England-led federation would be among the successor states to emerge. Indeed, an effort to create such a thing has emerged every time the U.S. appeared on the verge of collapse in the past. I hope you’ll enjoy the article, which leads this week’s Ideas section and posted online today. At this hour it’s the number 2 most read story on the site even. (The Globe has a hard paywall, alas, and apologies for that.)

I last wrote for the Boston Globe in late 2020, on Maine as a postcolonial society two centuries after the end of seventeen decades of Massachusetts rule.