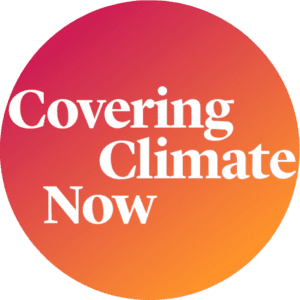 Ahead of United Nations Climate Summit in New York next week, more than 170 news outlets have signed on to Covering Climate Now, an effort organized by the Columbia Journalism Review, The Guardian, and The Nation to have reporters release local, national, and global climate stories in a singe week. This week in fact.

The Portland Press Herald signed on to the effort, and the first two stories — by yours truly — appeared in yesterday’s Maine Sunday Telegram and today’s Press Herald.

The first is on the unfolding climate crisis in the Gulf of Maine, the second fastest warming part of the world’s oceans, a phenomenon scientists have linked to the rapid meltdown of the Arctic region and Greenland ice sheets, with have altered the qualities of the currents that feed the Gulf. This is essentially an update on what has been learned or experienced since our six-part series on the issue, “Mayday,” appeared in 2015. (It got some additional national attention after being named a finalist for the 2016 Pulitzer Prize for Explanatory Reporting.)

The second — in today’s paper — is on the policy response. After years of inaction under Republican Gov. Paul LePage and his partisan allies in the legislature, Maine is now moving aggressively to make up for lost time, under a new governor and Democratic-controlled legislature. Congress, however, is still stalled. Details within.

My Press Herald colleagues continue the series this week, starting tomorrow with a story on woodlot owners and carbon sinks.

Previous: In Maine, study finds cruise ship passengers spend about half as much as previously claimed
All Articles
Next: Maine’s governor in effect represents US at UN Climate Conference