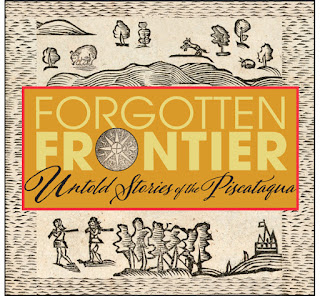 Readers of The Lobster Coast and American Nations are aware of the lasting effects of Colonial Era events on the future trajectories and characteristics of North America’s disparate regional cultures and subcultures. Maine, especially, is shaped by events in the 17th and early 18th centuries, when a distinctive Anglican/Royalist/West Country-influenced society was made a colony of Puritan/Anti-Royalist/East Anglia-domnated Massachusetts. Its a colonial legacy that continues to effect our development, attitudes, values, and economic performance, even though few Mainers today either know the history.

A new exhibit at a museum on the border of Maine and New Hampshire shines a light on this poorly understood period in the two colonies’ history, then bound together by shared experience and resistance to Massachusetts overrule. “Forgotten Frontier” is showing at the Old Berwick Historical Society’s Counting House Museum in South Berwick, Maine, and I visited and wrote about it in this week’s Maine Sunday Telegram. Have a look and consider a visit.

Previous: Sinclair, “must run” commentary, and Maine’s WGME
All Articles
Next: Talking news of the week with NPR’s On Point, August 4