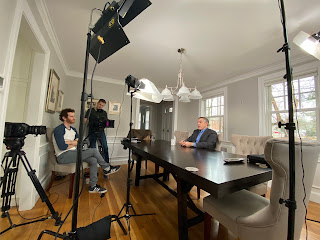 Spent yesterday in the belly of the beast, the old Massachusetts Bay Colony, doing an interview for this forthcoming documentary film project, The American Question. Filmmakers Guy Seemann and James Kicklighter are asking what holds us together, as communities or as a nation and I enjoyed sharing my take. Found myself talking a lot about the themes in Union: The Struggle to Forge the Story of United States Nationhood, which comes out in June 2020.

Found myself at one point standing, unexpectedly, at the spot on the edge of Boston Common where a (mostly African-American) crowd protested the release of the Klan-loving The Birth of a Nation back in 1915, which features in Union. The Tremont Theater was across Tremont Avenue. Now, appropriately enough, there’s a gigantic AMC Loews Theater on the site.