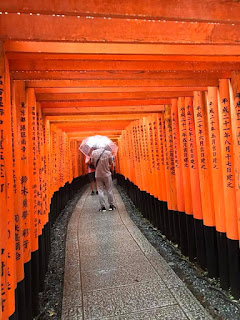 I’m at the end of an enjoyable, whirlwind week in Japan. Unless, that is, the whirling winds of Typhoon Trami close Narita airport this late afternoon. 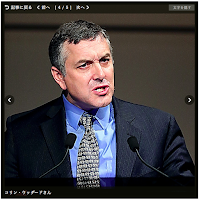 I came on the invitation of the Tokyo daily, the Asahi Shimbun, to present about the American Nations paradigm and its ramifications for the rise of Trumpism at the keynote panel of their Asahi World Forum 2018. Had the pleasure of hanging around the green room for a couple of hours ahead of time with Princeton University’s Jan-Werner Muller, author of What is Populism?,  and Pascal Perrineau of Sciences Po, a leading expert on France’s National Front. Muller, it turns out, shares my keen interest in Hungary (where I used to live and where his wife is from) and Perrineau is a regular visitor to New England, on account of a recurring visiting lectureship at Middlebury.

Here’s Asahi Shimbun‘s write-up of our panel, if you read Japanese or can make sense of the Google Translate treatment of it. It ran with this dramatic photo of me making a point, probably about the Puritan conquest of Maine.

In the middle of the week, I spoke to graduate students and faculty at the University of Tokyo’s Center for Pacific and American Studies on the kind invitation of Prof. Yasuo Endo, and then travelled to Kyoto where I finally met Prof. Yoshio Higomoto, who led the translation of American Nations into Japanese. I enjoyed speaking to his students and colleagues at Doshisha University which, funny enough, was founded by Yankee Congregational missionaries and has remained a leading institution in the study of the United States here, especially early American history.

I was able to spend a beautiful day visiting the temples, mountains, and river gorges of the Kyoto area before Typhoon Trami’s approach compelled my premature departure from western Japan. Last night I wound up in the midst of the deserted, sprawling, and beautiful hillside temple complex in the city of Narita, not far from Japan’s international airport where — fingers crossed — my flight will be departing just as Trami begins battering the Tokyo region early this evening. 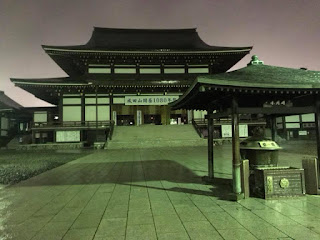 [Update, 10/1/18: Wheels up on my flight home about an hour before Tokyo shut down its entire rail system for the first time in history. Typhoon Trami made a mess of that city of 35 million’s Monday commute. Two people died elsewhere in Japan.]

Previous: Big in Japan, Part III: the tour
All Articles
Next: Is Pittsburgh in the Midlands?, a redux