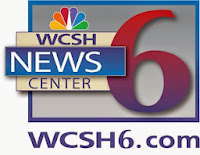 By coincidence, I both wrote about and was interviewed about pirates in Maine last week.

Maine’s NBC affiliates, WCSH-6 here in Portland and WLBZ-2 in Bangor, were curious about the legendary treasure of Jewell Island in Casco Bay. Captain Kidd is said to have left his mother lode there, so could it be true? No, I told them from a float on said bay, but some of the other pirates I wrote about in Republic of Pirates definitely did visit Casco Bay, so anything’s possible, however unlikely. Here’s the segment.

Those pirates belonged to Black Sam Bellamy’s flotilla — the vessels that survived a spring storm off Cape Cod in 1717, that is. By coincidence, an exhibit of artifacts and treasures from the wreck of Bellamy’s flagship — which didn’t make it — has opened here in Portland, and I have this story in the Maine Sunday Telegram about the pirates and the controversies surrounding the man who found the Whydah.

For those eager to learn more about Bellamy and the golden age pirates, consider my third book.