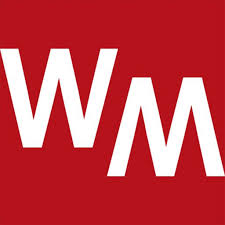 More than thirty years ago, Brandeis historian David Hackett Fischer resuscitated the effort to develop a historical narrative of the United States with a book called Albion’s Seed, a sweeping account of the separate foundings of four regional American cultures in the 17th and early 18th centuries and how their ideological, ethnographic, and spiritual differences shaped our history. This book — and Fisher’s excellent Champlain’s Dream — helped inspire my thinking about North American regional cultures, subject of American Nations: A History of the Eleven Rival Regional Cultures of North America.

In Albion, Fisher promised there would be a sequel on the African influence on America’s regional cultures, the second part of what was to be a five volume cultural history of the United States. But as the decades passed, Fisher wrote books on on the legacy of New France (Champlain’s Dream), a Pulitzer Prize winner on George Washington at Valley Forge (Washington’s Crossing), and excellent works on Paul Revere’s famous ride, the expansion of colonial Virginia, price revolutions, and New Zealanders’ ideas about freedom, Fairness and Freedom, which I reviewed for The Washington Post back more than a decade ago. I and many others wondered if his book on Africans in early America would ever see the light of day.

Now it’s out. I had the privilege and honor or reviewing African Founders: How Enslaved People Expanded American Ideals for the new issue of Washington Monthly. It’s a towering and ambitious achievement, but one without some shortcomings vis a vis Albion. I hope you’ll read my take on this long awaited work.

My last review in the Monthly was of Yascha Mounk’s The Great Experiment: Why Diverse Democracies Fall Apart and How They Can Endure earlier this year.

Previous: Experts right, Sen. Collins wrong about Kavanaugh, Gorsuch and Roe
All Articles
Next: Should we replace the U.S. National Anthem?