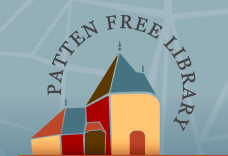 I’m pleased to be speaking about North American regionalism, the central political argument it has fostered over the past 400 years, how it interacts with Trumpism, and the path forward to shoring up the world’s oldest liberal democracy…. all on March 2nd at the Patten Free Library in Bath, Maine.

The event, based on American Nations and American Character, kicks off at 10:30 am and is free and open to the public. More details here.

My next American Character talk is at the HR Policy Association annual meeting in Orlando later in March, but that one isn’t open to the public at large.

Previous: Maine poised to finally respond to Gulf of Maine climate threats
All Articles
Next: Frederick Douglass and “Allender’s Jake”: a research note