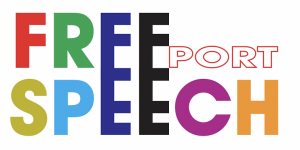 I’m speaking on the crisis in U.S. democracy, how we got here, why we’re so vulnerable, and what we can do to save the situation in Freeport, Maine on October 20. The event — which is free but requires registration — is part of FREEport Speech, the speaker series held at Meeting House Arts in Freeport and kicks off at 7pm. My talk is framed around the work in my “American Nations trilogy” — American Nations, American Character, and Union — and my Nationhood Lab project at the Pell Center.

Colin Woodard, one of the nation’s leading authorities on North American regionalism, describes how the United States has become unraveled — putting the continued survival of the republic and the federation in doubt — and what we must do to rescue the situation. There’s never been one America, he argues, but several Americas, each with their own, centuries-old ideals, values, and religious and cultural heritage. Tensions between these regional cultures have riven our balkanized federation and, in recent decades, created the conditions for the collapse of our liberal democratic experiment. And the main thing that has held us together – commitment to a set of ideals laid forth in the Declaration of Independence – is withering under a sustained attack by an expanding illiberal, authoritarian movement rooted in the darker corners of our national past. Woodard describes what pro-democracy forces across the partisan spectrum must do in both the short and middle term to heal our battered union.

Previous: Speaking on Maine’s historical odyssey; South Portland, Maine, Sept. 28
All Articles
Next: In Maine, Republican election deniers are at the top of the ticket