Compelling historical insight into the critical issues of our current moment.

COLIN WOODARD is one of the most respected authorities on North American regionalism, the sociology of United States nationhood, and how our colonial past shapes and explains the present. Compelling, dynamic and thought provoking, he offers a fascinating look at where America has come from, how we ended up as we are, and how we might shape our future. His American Nations transformed the way many Americans think about their country’s origins, divisions, and vulnerabilities. His riveting talks give unparalleled insights into where America has been, how we got where we are, and how to navigate the path ahead.

A skilled public speaker, Colin has provided keynote presentations at hundreds of conferences, meetings, literary festivals, and other events across North America and around the world.

He’s spoken at some of the U.S.’s most prestigious venues, including the Smithsonian, the Chautauqua Institution, the Boston Athenaeum, Colonial Williamsburg, the National Defense University, and the Department of the Treasury; at marquee annual conferences convened by the Council on Foundations, the Governing Institute, the national SeaGrant Program, the HR Policy Association, the Council of State Governments and the Q Ideas Festival; at Harvard, Iowa State, Miami University of Ohio, Bowdoin, Simpson, Colby, and Bates Colleges, the University of Massachusetts, Tokyo University, the University of Belgrade and other higher education institutions; and at international gatherings like German Marshall Fund’s Atlantic Dialogues in Marakesh and the Asahi World Forum in Tokyo.

Colin Woodard engages audiences on a wide range of engaging topics, including: 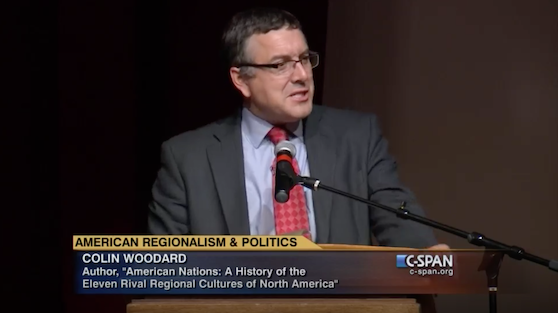 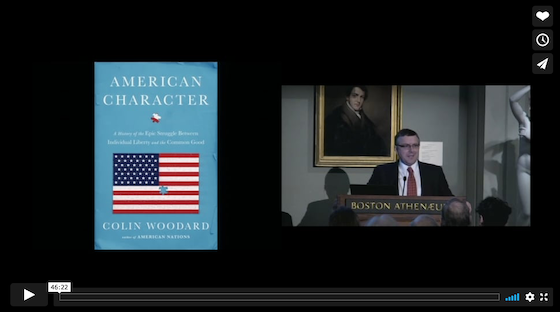 “Colin presented a lecture on his book The Republic of Pirates to a large museum crowd and held them spellbound with stories about the ‘real’ pirates of the Caribbean . He adeptly fielded wide-ranging questions and offered primary source anecdotes with humor and acumen.”