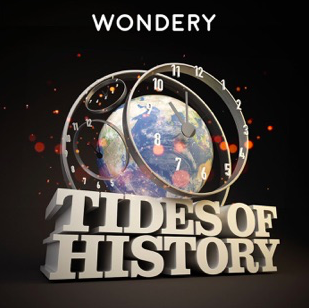 I recently spent an enjoyable hour being interviewed by Patrick Wyman on his Wondery podcast “Tides of History.” We covered a lot of turf, from American Nations to the material in my forthcoming Union: The Struggle to Forge the Story of United States Nationhood and I hope you’ll enjoy it.

The episode premiered March 19 and you can find it at all the usual podcast depots including Wondery, Spotify, and Apple Podcasts. Here’s Patrick’s intro:

Few books have influenced my view of American history and politics more than Colin Woodard’s American Nations: A History of the Eleven Rival Regional Cultures of North America. We’ve been divided since the beginning, Woodard argues, and this has influenced every aspect of American history, not to mention its future. He has a new book coming out in May, Union, which expands this thesis further.

Next time we’ll have to talk about pirates.

Previous: Colony, the Press Herald Maine Bicentennial series, concludes
All Articles
Next: The American Nations and the Geography of the Pandemic Response