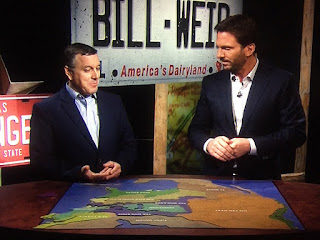 It was delayed by a week on account of the London Bridge attacks, but Bill Weir’s CNN special “States of Change” premiered Saturday night on CNN and CNN International, including an extended one-on-one segment with yours truly talking about American Nations.

As you can see, Bill’s colleagues took the trouble to create an entire custom puzzle map of the “nations” as part of the “States of Change” set, and it was a pleasure being able to share a bit about the regional cultures and how they effect American life today. At the end, we touched on the what the paradigm has to say about how Donald Trump won the 2016 election and also a bit about the key themes of American Nations‘ sequel, American Character, which offers some solutions as to how you would bring the country together — some of which I think Bill has incorporated into the show. 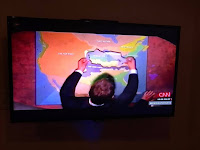 The one-hour special — which isn’t available online as of yet — was filmed a week ago in New York, where I enjoyed chatting in the green room with some of his other guests: Charles Ramsey (former police commissioner in D.C. and Philadelphia), DeRay Mckeeson (Black Lives Matter leader), Wesley Lowrey (Washington Post), Chris Arnade (documentarian of “front row/back row kids fame), and conservative commentator S.E. Cupp. There’s some excellent discussion, so catch rebroadcasts if you can. [Update, 6/20/17: my segment is now available for online viewing here.]

The special actually promotes a one-hour documentary, Bill Weir: States of Change, Homecoming, which is available for viewing online at CNN.com and features a separate, shorter interview with me filmed in April on New York City’s High Line (at about minute 56). Bill travels to his many childhood homes — he’s got an unusual backstory — to try to understand our nation’s divisions. Do check it out.

Thanks again to Bill’s “Wonder List” team for their interest in my work and to all of you who’ve watched.