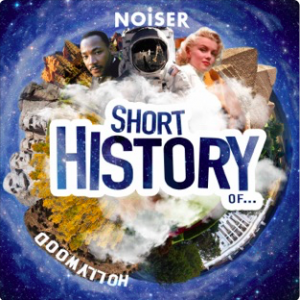 Noiser, the UK-baed podcast producer, has launched a new history series, “Short History Of…” and, appropriately enough for company headquartered in Bristol, included an episode on Blackbeard for their inaugural season.

I was delighted to join the episode — Blackbeard the Pirate — to talk about the man, myth, legend, and not-legend. And it’s narrated by none other than Paul McGann, the eighth Dr. Who. You can find it on iTunes, at Spotify, Noiser’s website, or wherever you like to get your podcasts.

If you find your interest in the pirates piqued, consider my New York Times bestselling history of Blackbeard’s pirate gang, The Republic of Pirates: Being the True and Surprising Story of the Caribbean Pirates and the Man Who Brought Them Down, available in US, UK and lots of foreign language editions (including Japanese, Spanish, simplified and complex Chinese, Lithuanian, Danish, Hungarian, Portuguese, and Polish.)

Previous: Republic of Pirates – now in Japanese
All Articles
Next: 9/11 Started Here, in Portland, Maine