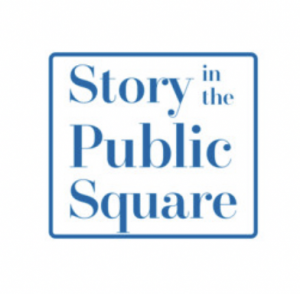 Maintaining a shared sense of nationhood has always been a special challenge for the United States, arguably the world’s first civic nation, one defined not by organic ties, but by a shared commitment to a set of ideals. As told in my most recent book, Union: The Struggle to Forge the Story of United States Nationhood, the task was made even harder by a powerful counter-movement that, from the early 19th century, has argued that we are instead an ethno-state (of the “Anglo-Saxon race” in its initial form) and those who do not belong to the Herrenvolk shouldn’t enjoy the same rights as those who do. The struggle, it should by now be obvious to everyone, continues today.

I had the pleasure of conversing about all this with the co-hosts of public television’s  “Story in the Public Square” — Pell Center director Jim Ludes and the Providence Journal‘s G.Wayne Miller — for this week’s episode of this Telly award-winning show. Produced out of Rhode Island PBS, it is broadcast in 80 percent of the nation’s public television markets, with this week’s episode out now with the peak of broadcasts the remainder of this week (Nov. 30 to Dec. 5). [Update, 12/12/21: the episode is now available for streaming at RI PBS.)

Previous: Reviewing Matthew Pearl’s “Taking of Jemima Boone” in Washington Monthly
All Articles
Next: A former CIA and NSA director on American Nations and the authoritarian threat to the U.S.