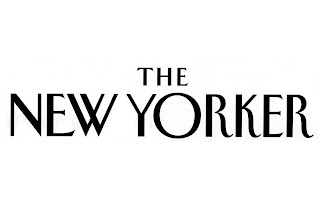 Almost a decade ago I posited, in the epilogue of American Nations, that the United States is vulnerable to dissolution. We’re an unwieldy federation of rival regional cultures, many of which disagree on the fundamentals: What does freedom mean? Are we committed to the civic national promises in the Declaration of Independence? What is the correct balance between church and state, between individual liberty and the common good?

“Faced with a major crisis,” I wrote, it was possible “the edition’s leaders will betray their oath to uphold the U.S. Constitution, the primary adhesive holding the union together. In the midst of, say, a deadly pandemic or the destruction of several cities by terrorists, a fearful public might condone the suspension of civil rights, the dissolution of Congress, or the incarceration of Supreme Court justices.” Some “nations” might be happy with this situation, others opposed. Without the constitution, they break their bonds. Some readers thought this possibility sounded crazy in 2011, even as a long-term proposition. Not so many do now.

Today we enter a presidential election in the midst of a global pandemic with the central question before us being: do we want to live in that civic nationalist republic or in a white supremacist ethno-state? Do we want to live in a western democracy or in under an authoritarian regime? We’ve been asked this before — it’s the story told in my new book, Union — and it’s this suite of questions that are now being asked every day.

That’s what lead me to be a central source for this Robin Wright New Yorker essay, which posted yesterday, entitled “Is America a myth?” To survive, Wright concludes, America is going to have to move beyond myth.

Previous: Speaking on UNION and the creation and future of U.S. nationhood, Sept. 7 via Jesup Memorial Library
All Articles
Next: Talking with the Boston Globe about UNION and the war for America’s soul