More than a year into the pandemic I was realizing that I haven’t set foot south of Portsmouth, New Hampshire since February 2020, despite having a book come out. But things are slowly loosening up as vaccinations increase and in the past week or two I’ve been able to sign books at a number of bookstores on the coast of Maine, where I live.

In support of local indie bookstores, I thought I’d advertise where those signed copies are right now. Proceeding from southwest to northeast….

In Portland: at Sherman’s on Exchange Street (The American Nations trilogy and Lobster Coast) and Longfellow Books (all of them.)

In Freeport: at Sherman’s. (The American Nations trilogy and Lobster Coast)

In Brunswick: at Gulf of Maine Books. (Ditto)

In Belfast: at Left Bank Books. These copies: 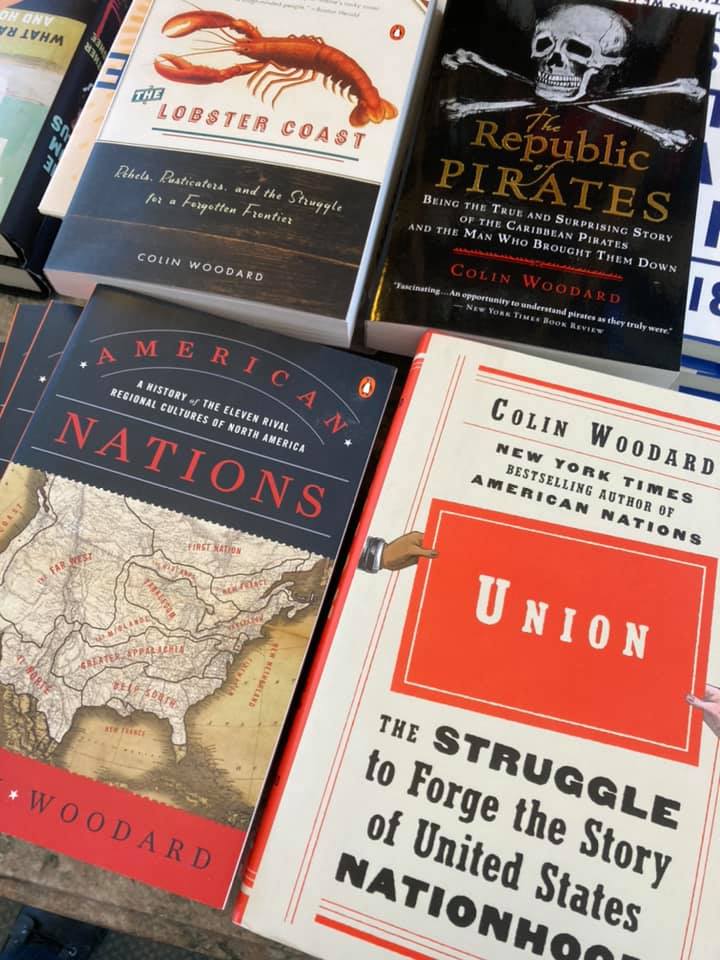 In Castine: at Compass Rose Books. These copies: 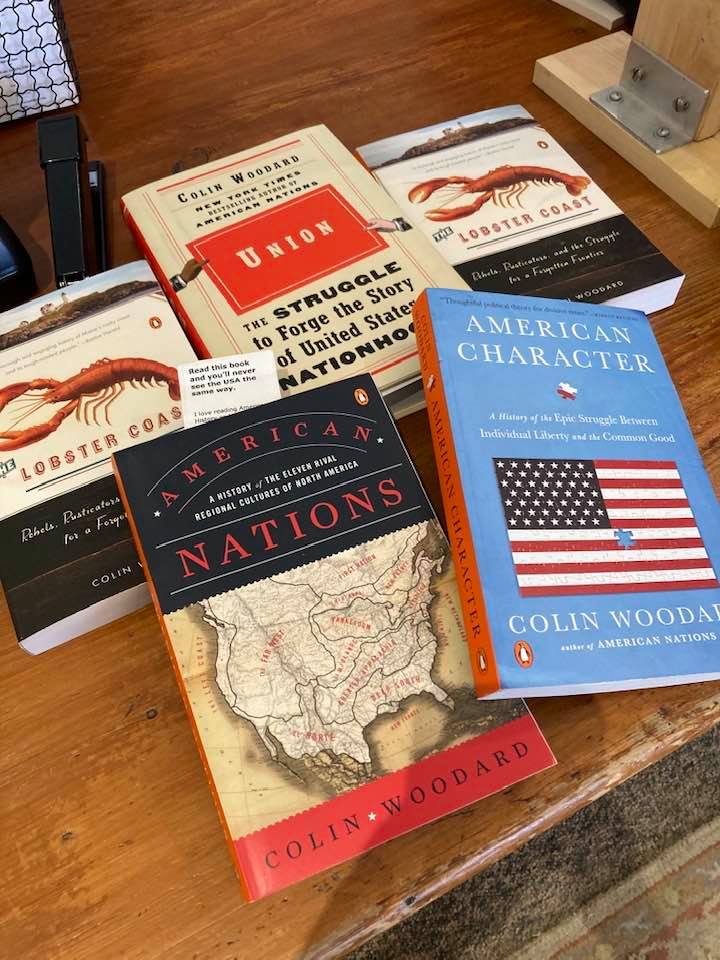 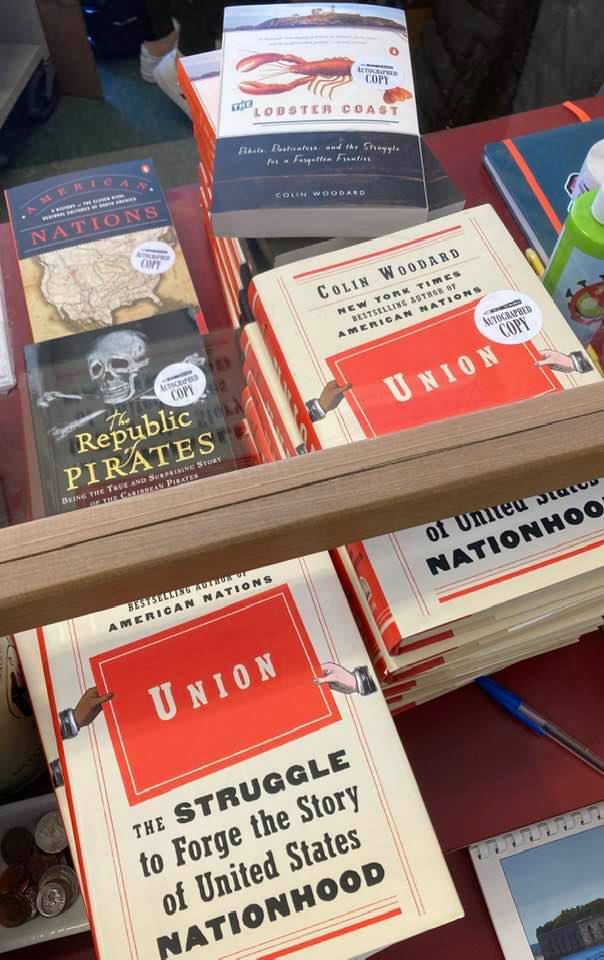 Bar Harbor: at Sherman’s flagship store. This mountain of books: 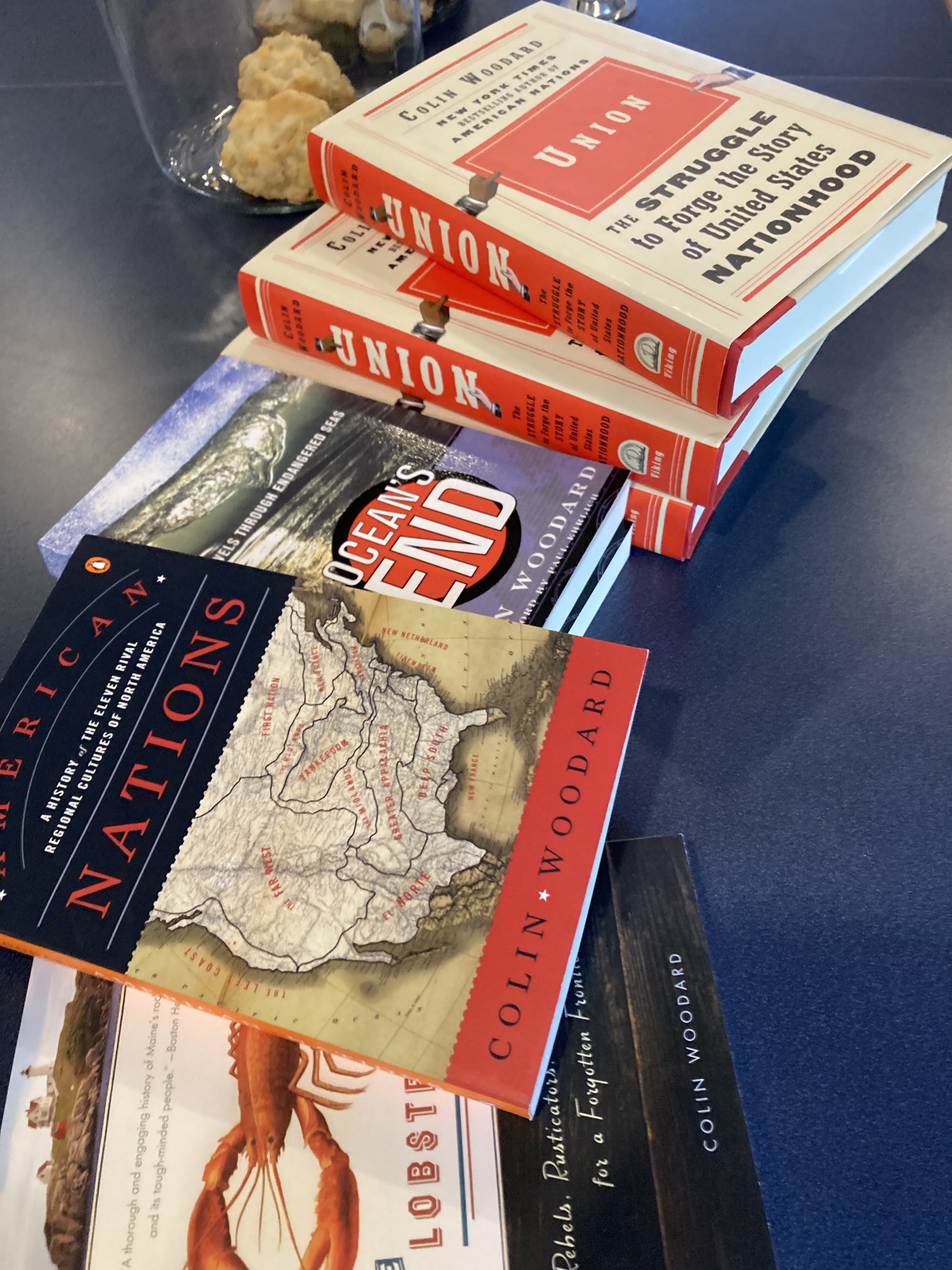 Thanks for your support of your local bookstore, wherever you live.

Previous: What’s up with Jared Golden, the most successful Democrat in Trumpland?
All Articles
Next: What Netflix’s “Lost Pirate Kingdom” got right (and wrong) about the Golden Age Pirates