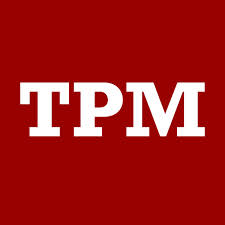 Woodrow Wilson, one of the primary subjects of my new book, Union: The Struggle to Forge the Story of United States Nationhood, has just been shoved into the media spotlight after Princeton finally announced Saturday that it was striking his name from the school of public policy. The move — which follows the trustee’s refusal to do the same after protests against Wilson’s true legacy four years ago – is leading other institutions and programs to reconsider their association with the former president.

And as well they should, as I argue in this essay posted yesterday afternoon over at Talking Points Memo. A taste:

“Son of the Confederacy’s leading cleric, apologist for the Klan, friend of the country’s most prominent racist demagogues, and architect and defender of an apartheid international racial order, the amazing thing is that Wilson’s name was ever associated with idealism or respectable statesmanship. In fact, delving deeply into his life to write “Union” — a book on the battle over whether the United States was to be defined by adherence to “natural rights” ideals contained in the Declaration of Independence, or to Anglo-Saxon bloodlines — I came away wondering how any institution would have wanted to be associated with his name at all, even in the 1920s or 1940s.“

His role in the battle to shape the United States’s identity is profoundly awful, and I hope those putting him on trial will add Union to the prosecutor’s brief.